Meet the Versatile Musicians in Our Live Band

Have a favorite song that's not on our playlist? 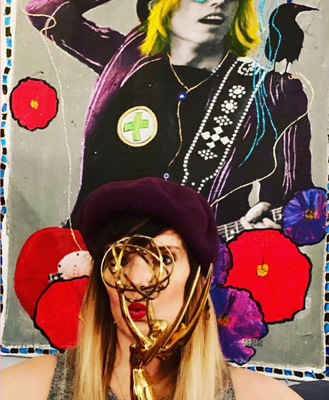 Kelly Cooper is super proud to be part of Rock Star Karaoke, especially since it started as a fun side project. Once she booked RSK’s 1st @SNL after-party @thecuttingroomnyc, things changed!
Kelly is continually thankful for the professional musicians and musicianship in the band & the venues & people that continue to support them in every move they make.
Kelly is an avid vegetarian, lover of English Bulldogs (any animal really), & The New York Yankees. Trust me on this last one @yankees, her dream gig is to play a party for you.
2019 was such an exciting year & she’d love to share it all, but RSK respects the privacy of their clients. The highlights she can share from 2019 are: Frost Fest in Bryant Park, The ‘Side by Side’ Northwell Health Festival @RockefellerCenter, and a party for Zach Braff.

"I hoped the band would be fun, but I never could have imagined just how incredible they really are, Not only were they extraordinary musicians, but they all seemed to be having as much fun as my guests and me. I definitely plan to have them again at my next birthday party. You should book them right now. What's wrong with you?"

Born in Italy in the early 80's, Stefano developed an interest for music and drums very early on. At age 12, Stefano initiated his drum training through private lessons and went on to play locally for a number of years. His interests and styles played range from rock, jazz to funk R'n'B. Between 2007 and 2010, Stefano joined the Silja and Tallink cruise lines in the Baltic Sea to kick off his drum career as full time member of the house band, where he further improved his drumming techniques. Simultaneously, he decided to develop his vocal techniques and starting singing while playing the drums.

In 2010, Stefano moved to the USA and immediately joined the Collective School of Music in NYC as both drum student and staff member. He moved to NYC and has participated in a wide range of performances ranging from duos for bars and restaurants to large band for private events (weddings, corporate parties, etc.) to touring band member (Aaron Carter). Currently, Stefano is a member of Hank Lane Entertainment, Rock Star Karaoke NYC, and a drum/vocal accompanist at the Collective School. He is also working on new exciting side projects involving writing his own music. 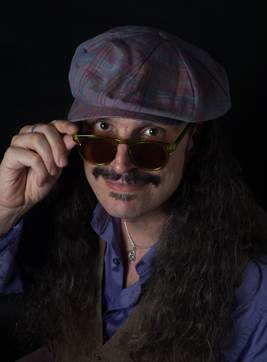 20 years later, Dean moved back to Peru to join the fractious rebel forces of the Shining Path Revolutionary Movement to oust the corrupt Alberto Fujimori Government

After a failed coup, he was forced to flee the country disguised in drag as a bassist in an all-female big band.

Upon his return to New York in 1993, he was mistaken for an actual bass player and hired to play in the New York based outfit, The Twenty % Tippers.

Performing odd gigs in various Chinese take-out restaurants around the Inwood section of Manhattan, the MTA BX9 bus line in The Bronx during over night shifts
And other various gas stations around the Kingsbridge section of The Bronx.

In the early 90’s, just as the band was starting to gather a large enough fan base and some critical acclaim with the New York press, a rift developed within the band when Dean accused saxophonist Shorty Rodriguez and guitarist Chilly Waters of capitalist tactics in the band's merchandising endeavors as well cavorting with his groupie.

Dave “Doobie” Aaron (aka Duke Sims) is a Brooklyn native who started his musical career in New York’s public schools. As a young musical prodigy, he started playing the Saxophone all the way from 3rd grade to 9th grade, at which point life events forced him to drop out of school, but music became his refuge. He began playing the guitar, writing songs, playing shows, and spending time in recording studios where he met his friends, which became Shinobi Ninja 7 years ago.

The nickname “Doobie” was coined by his mom and didn’t really have anything to do with cannabis, however, as Dave grew, he confesses he did smoke a lot of it and the nickname stuck.

As the lead singer of the rock band Shinobi Ninja, his music has been featured in NBA 2K12 (4 Million Sold), Movies, TV Shows, and Magazines. He is also a Producer, Music Video Director, Mix Media Artist, and plays all instruments. He has played Festivals like Bonnaroo, Summerfest, Afropunk, & SXSW. His fans continue to grow around the world.

His newest self-titled Solo album, “Doobie” has just been released on Frostwire and has been download 30,000 times. He is also rich in the hood with his $50,000.

Oskar Haggdahl (Drummer), originally hails from the dark and cold forests of Finland. He is a professional drummer and has toured with numerous musicals and bands. Contrary to his AMAZING ROCK style on drums, Oskar loves musical theater. His favorite musical is Cats!

Oskar also likes to swim in water that is below freezing. We found this out after a gig in the Hamptons in the middle of winter.

Wilson Montuori is a versatile guitarist who performs styles ranging from pop/rock, world, and jazz to classical music. He has recorded for many labels, including Universal Records, Sony Music, Def Japan, and many more and has performed throughout the world with various musical ensembles. Wilson holds a degree in classical guitar from the Academia of Music in Florence, Italy, a BFA in jazz performance from City College, and Masters in Music from Boston University. His latest CD titled "Viaggio" has received positive reviews in the guitarist community.

Wilson Montuori has toured worldwide and works with many musical acts in NY state. He has recorded extensively with Universal Records and Def Japan. His theatre credits include "Bedbugs" the musical. Wilson holds a BFA in musical performance at City College and an MM from Boston University. His latest solo effort is "Viaggio,” a collection of songs inspired by the Mediterranean Sea. 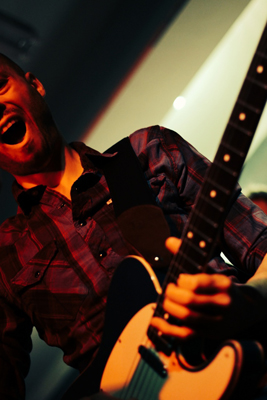 Andrea Longato (Guitar and Vocals) In addition to RSK, Andrea is a guitar player, producer and session musician based in New York.
He has performed/recorded with some of the finest artists in the US and abroad, including Jeremy Jordan, Janita, Debora Cox, Alphonso Ribeiro, Duncan Sheik, Cady Hoffman, Kaissa, Tony Vincent (The Voice), Justin Guarini (American Idol), Brooke Moriber, Quincy Mumford, Ron Pope, Vanessa Bley (EMI Records) and Matt Doyle.

As a bandleader, Andrea has been playing with his instrumental trio at selected events in Europe and the US. His most recent outfit, ETA_BETA, is scheduled to release a debut album in 2020.
Andrea served as a producer and arranger for several artists in the City. He is currently involved in the production of a new record for "Unsuddenly", a collective of musicians that draws heavily from post-rock and indie. Some of the music that he recorded got featured on important television networks in the US.

Andrea is a faculty member at the The Collective School of Music and the resident guitar teacher at the Greenwich Village School (PS 41) in New York. As an educator, he has taught classes at many events in America and Europe alongside some of the most respected clinicians in the world.

Our beloved keyboardist, singer, and drummer. His BIO to come soon. These are words from Kelly until we can post his bio. But trust me, he rocks.

You will also find these lovely talented hostess's along the way 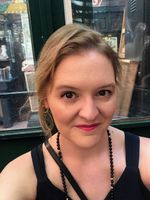 Nell's been rocking with RSK since she met the crew in 2008 while bartending at a random Midtown watering hole. She's been Walking on Sunshine ever since and especially loves introducing first timers to the incredible experience of live band karaoke with RSK's insanely talented roster of musicians. When she's not singing with the rocking band you can find her producing and hosting events for her company SecretFormula, earnestly trying to indoctrinate friends into her cheese cult, or watching Star Trek: TNG for the 31st time.

A veteran electric and upright bass player in the New York area since 2000, John was a regular bass sub on the Broadway musical "Jersey Boys" for six years, and now subs on the Broadway show "Ain't Too Proud - The Life and Times of the Temptations", and has done three national theatre tours, including the shows "Gentlemen Prefer Blondes", "Urban Cowboy" and "Little Women". He has performed onstage with Arlene Smith and the Chantels, The Quotations and The Excellents, and when not gigging with RSK, can frequently be heard playing with local NYC groups Imperial Cities, Dueling Pianos and Matthew Friedman and Uptown Sounds.

Rebecca Kasper is a professional actor and singer, having appeared on Broadway and regional stages as well as a variety of NYC venues. She loves rocking out with the fabulous Rock Star Karaoke band and YOU, the amazing RSK fans! Favorite songs to perform include "Livin' On a Prayer", "9 to 5", "Fever", and "Hit Me With Your Best Shot". She looks forward to seeing you on stage!" 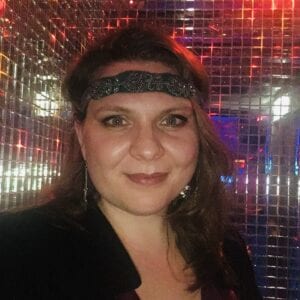 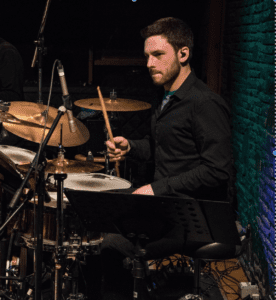